The state’s temporary income tax increase rolls back on Jan. 1. A few weeks ago, Illinois Senate President John J. Cullerton authored an opinion piece in the Chicago Tribune explaining why the temporary increase was approved, how the money was used and where the state now stands.

"We have suffered a great loss with the passing of Judy Baar Topinka. She was loved and will always be remembered because she was outspoken, independent and completely dedicated to the state.

It was a special honor to serve with her during her time in the legislature. Her fierce advocacy and bipartisan leadership as a legislator and constitutional officer will continue to be a model for women and men entering public service in Illinois."

Cullerton on minimum wage: Our work is not done

“Our work is not done. This fall, by an overwhelming majority, Illinoisans voted by a margin of 2 to 1 to increase the minimum wage and Senate Democrats will continue working to get the job done. This state’s voters, workers, and employers agree that no one who works 40 hours a week should have to live in poverty.  We have some additional people to convince but we will continue to advocate for this cause.

I’d like to commend Sen. Lightford on her efforts to raise the minimum wage thus far and will continue standing with her until a minimum wage increase becomes law.”

The legislation is House Bill 4733.

Cullerton: The rule of law is absolute 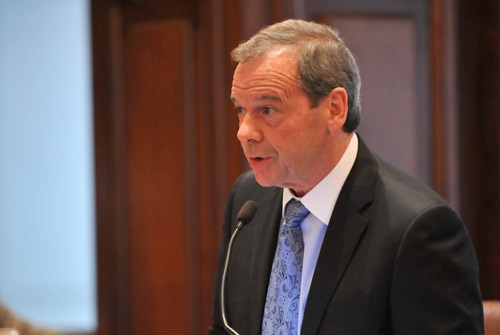 “I have long believed there is a constitutional way to confront Illinois’ pension challenges. Today’s ruling confirms that, while the need for reform is urgent, the rule of law is absolute.I remain committed to working with all parties to address our budget pressures and pension problems in a manner consistent with the Illinois Constitution.”